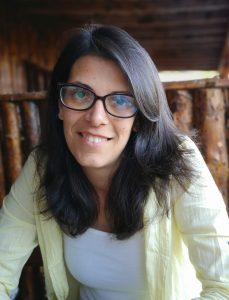 I know what depression likes, what it feeds from and how hard it is to get away from its embrace. I know also what it does not like, what terrifies it and makes it huddle in the corner. I learned it the hard way.

I know also what it is like to be burned out. I know what it is like all the people in a crowded hall to chant your name and to expect from you to ensure your team’s victory. I know how heavy the burden of great expectations and responsibilities is. I know it because, before joining the corporate world, I was a professional basketball player. I played for various teams in Bulgaria and Spain and I was part of the national Bulgarian basketball team.

What do sports and depression have in common? What can sports give to us and what can it take away? How do sports help us be more successful in life? You can find  this and other topics on my blog ТениСтраст.

My First Meeting With Panic Attacks 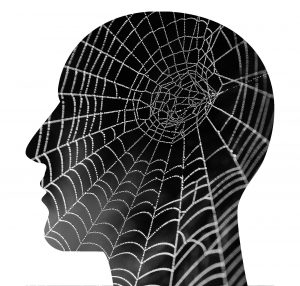 I had meetings with panic attacks longer before I realized it. During my first panic attacks I didn’t know what was happening. Even worse – most of the doctors had no idea too.

I remember when my mother said that I visited doctors from all existing medical specialties.

One day, many years ago, I was about 16-17 years old, I lost partially my vision. Yes, it sounds pretty scary. You can guess how I felt…

This was my first encounter with panic attacks, but then I had no idea what that was. I had no idea that they were my mysterious visitors and that they will continue to visit me unexpected and uninvited in various forms.

And here is the beginning. One day I saw strange spots. Like you are looking at the sun for long time and then immediately moving your gaze. Well, I saw more or less the same. I couldn’t read anything on my phone.

At this point I make my lyrical digression – while writing these lines my brain makes me reexperience again the same feelings, even though much weaker now and without the spots on my vision. Definitely our brains are very interesting.

I go back years ago to the situation.

Nothing helped me. I was taking analgin, benalgin, paratramol, aulin, etc. I had moment when I was thinking I am going crazy. The only thing that helped me was an absolutely dark room, without any light or sound. And patience and the belief that in few hours the pain will go away.

The first few meetings with my attacks were real nightmare. I thought the worst, the most painful scenarios. I went around all sorts of doctors who prescribed me test after test. I was waiting for the worst sentence. They irradiated me with a scanner first and then they put a cosmic helmet on my head, after I went through my well-known MRI (nuclear magnetic resonance).

All the results from the tests were good. Some doctors didn’t know what was wrong with me, others diagnosed me with ‘some kind’ of ocular migraine, with the explanation that migraine is not curable and will always haunt me.

Most importantly – I didn’t have tumor in my head so ‘some kind’ of ocular migraine was perfectly acceptable diagnosis. I lived with that. I read enough articles for people with migraines and I realized that there is no salvation. You accept it and all you can do is to be patient and wait until it pass away.

My attacks were not so frequent. I had two in a very short period of time, but generally 2 or 3 a year. Interesting detail was that when I was living in Spain, the attacks suddenly disappeared. Maybe they didn’t liked the climate there, or maybe they didn’t like the Spanish mentality. I spent 4 years in the Iberian country I didn’t have a single attack.

After I returned to Bulgaria, they reappeared. Apparently they missed me. There was a period when they became quite frequent. It was the period of my burnout in the corporate world. I check my head again on MRI to make sure again that I didn’t have tumor in my brain. After all, it had been several years since my last irradiation.

About a dozen years later, I met a person dear to me who told me that these were classic panic attacks. More interestingly, this man is neither a doctor nor a psychologist. This man had simply faced panic attacks and read a room full of books. He was aware of the reasons for their occurrence. Panic attacks are quite creative and have many varieties.

‘Wait, you mean I don’t have a migraine! I have panic attacks !?’

For so many years, I have been perfectly aware that my migraine pain occurs when I am exposed to stress. I was aware that I needed to reduce stress, not take things in life so deeply, and drive it more slowly. I guess you know how everyone says they get a headache when they get tense. Well, I believed the same for myself. Only that my headache was – ‘some kind’ of eye migraine, from which there is no escape.

‘Everything changes now!’ – I will repeat it again – ‘It is not a migraine. I have panic attacks. That means I can control them and tell them to go away. Very interesting…’

But I had visited various psychologists, one of whom was in the team of a well-known therapist in Bulgaria, and he told me that these were migraine attacks, not panic attacks.

‘How come I have panic attacks when so many doctors, specialists, tell me that this is ’some type’ of eye migraine !?’

I also started reading a lot about the subject. I changed my therapist, I changed a few more therapists until I found Silvia Koumanova. She was the second person, now a specialist, who confirmed that these were panic attacks. I could definitely breathe easier now.

The key for dealing with panic attacks is to be able to recognize them. And if you recognize them – you will learn how to drive them away.

Another key thing in life is to find adequate people and professionals who really understand what they are doing.

Other publications by the same author:

My Experience with Depression